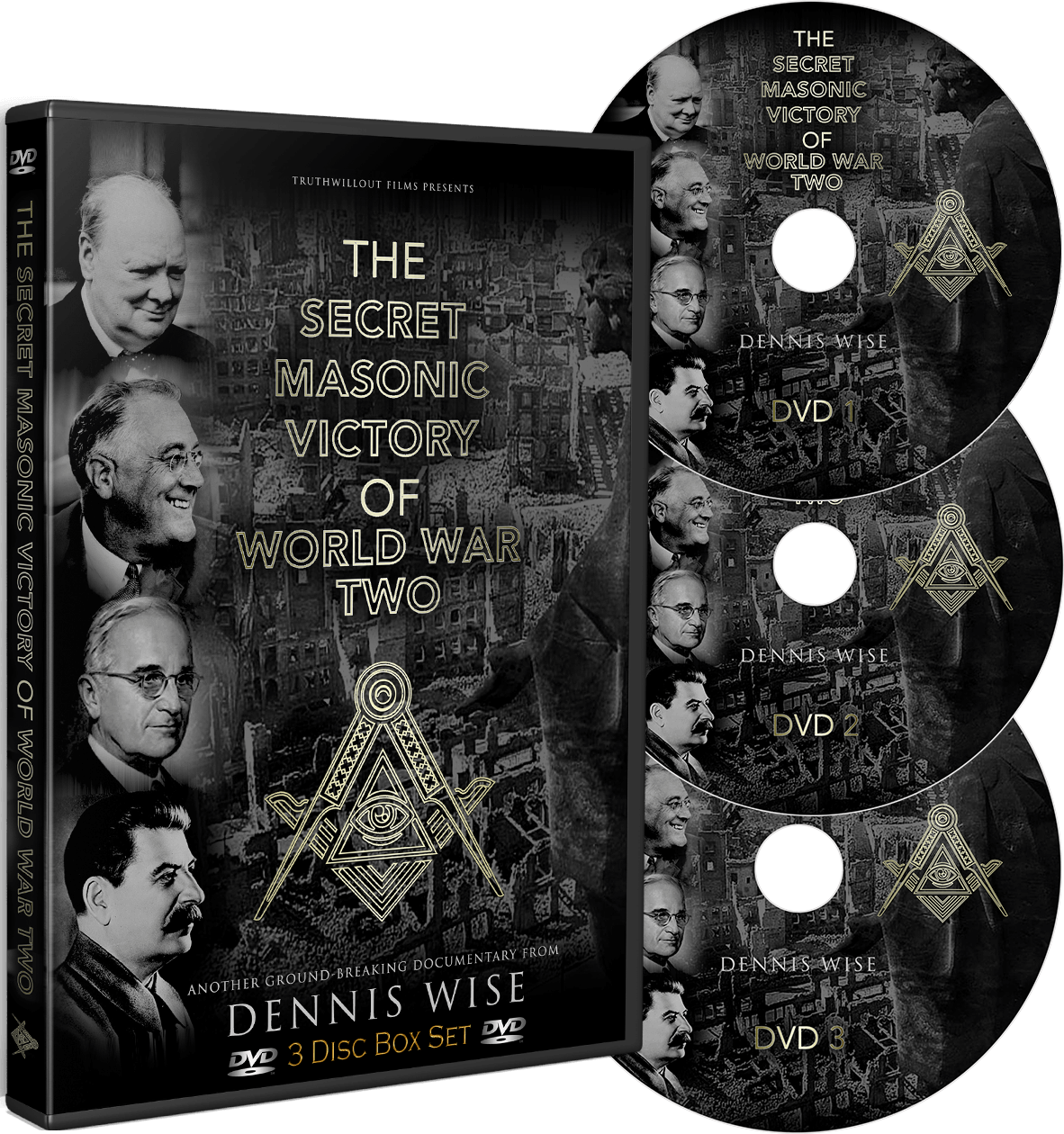 Following the release of Adolf Hitler: The Greatest Story Never Told! and New World Order: Communism by the Backdoor, the final entry in the Trilogy of Truth series, The Secret Masonic Victory of World War Two, by Dennis Wise, is another epic documentary, revealing who the victors of WW2 really were.

Western Freemasonry and their Masonic Eastern communist friends won WW2, with everything we see today stemming from that secret holy war.

Christianity was the great loser, and the postwar Roman Catholic Church has since practically reversed every doctrine, most notably with the final death blow known as the Second Vatican Council.

When once a Catholic faced excommunication for joining Freemasonry, today many join not realizing the Papal Bull has been turned over by Freemasons who have infiltrated the Church.

Why is the Pope calling for all Christians to embrace the satanic New World Order? The answer lies only in this documentary.

The aim of Freemasonry and all secret societies is a one world government led by a false messiah with a single world religion in a communist utopia ruled by Israel.