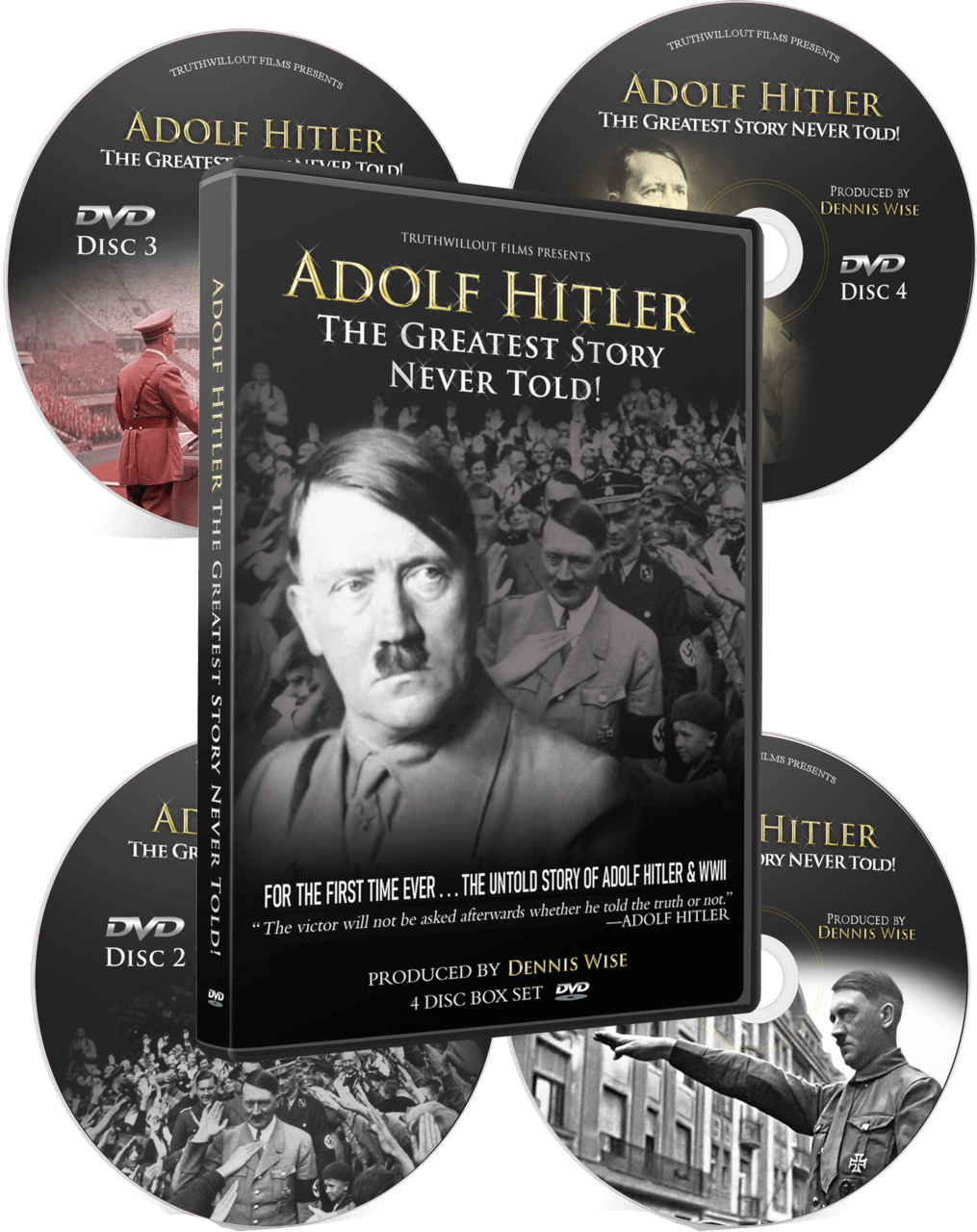 It’s been banned everywhere, but it’s back for good.

Since the mid-20th century, the world has only ever heard one side of an incredible story. The story of a boy from an ordinary family whose ambition was to become an artist, but who instead became a drifter.

His destiny, however, was not to drift, but to rise to the greatest heights of power, eventually becoming one of the most influential men who ever lived.

Now for the first time, here is a documented account of a story many believe to be . . .

A film by Dennis Wise

This ground-breaking documentary chronicles the rise of Germany from defeat in World War I, to communist attempts to take over Germany, hyperinflation during the Weimar Republic, widespread unemployment and misery, and Adolf Hitler’s rise to power. It also reveals the personal side of Adolf Hitler: who he was, his family background, his artwork and struggles in Vienna, and what motivated him to come to power.