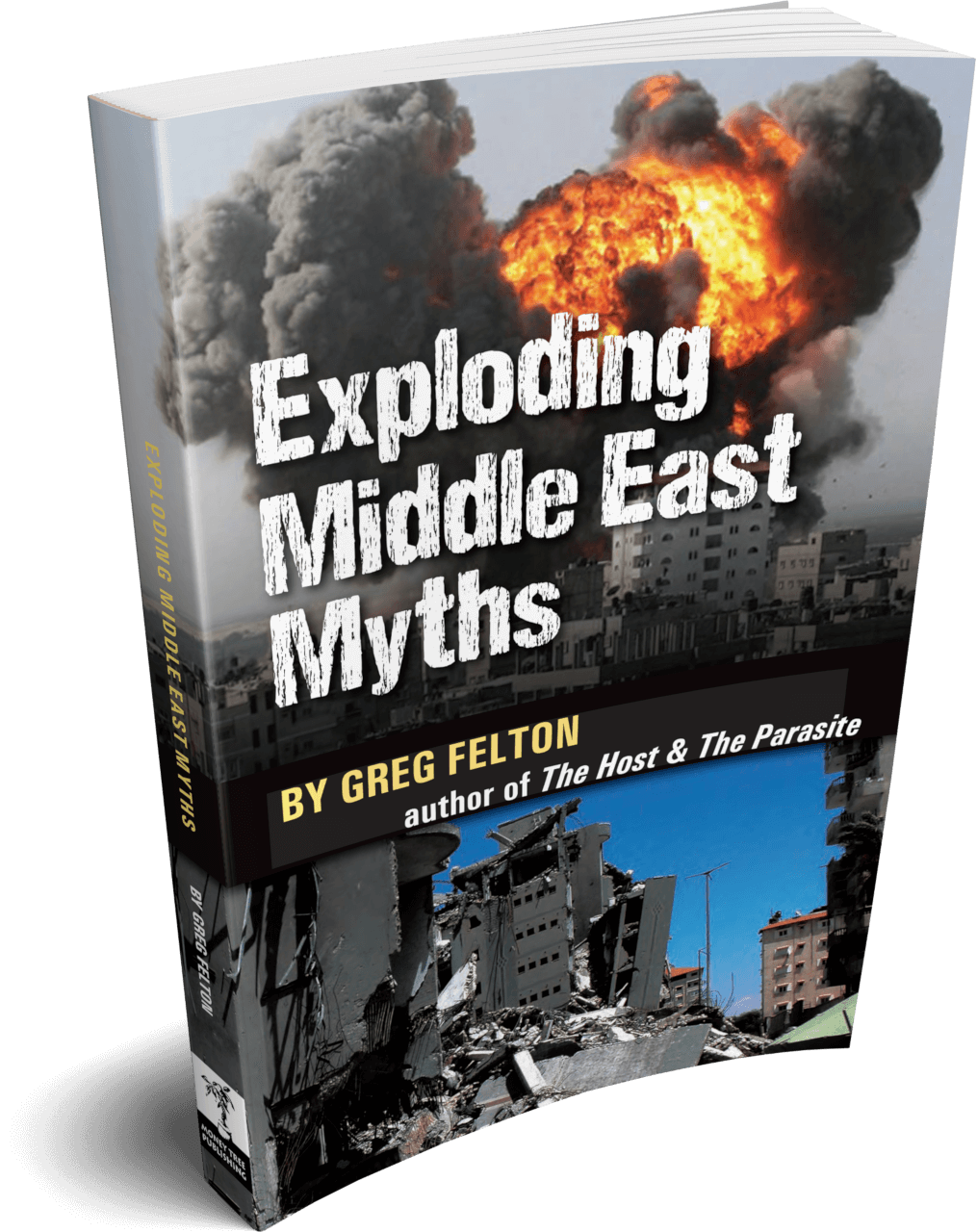 Since before 1948, what we know about Israel and its creation has been carefully censored and falsified. This terroristic state, which is founded on murder, theft, and gross violations of humanity is portrayed as a Western-style democracy. Against the backdrop of this pseudo-history, one gutsy journalist decided to tell the truth about Israel. In this collection of powerful essays by award-winning Canadian investigative journalist Greg Felton, the true monstrousness of Israel is laid bare: the sadistic abuse of Palestinians, the sycophantic collusion of pro-Zionist Western governments, especially the United States, which Felton renames “Isramerica.” Sure to make you smile and seethe at the same time, Felton’s trademark wit and wisdom will show you how to cut through the propaganda to let the true historical record of the Jewish fascist state reveal itself.