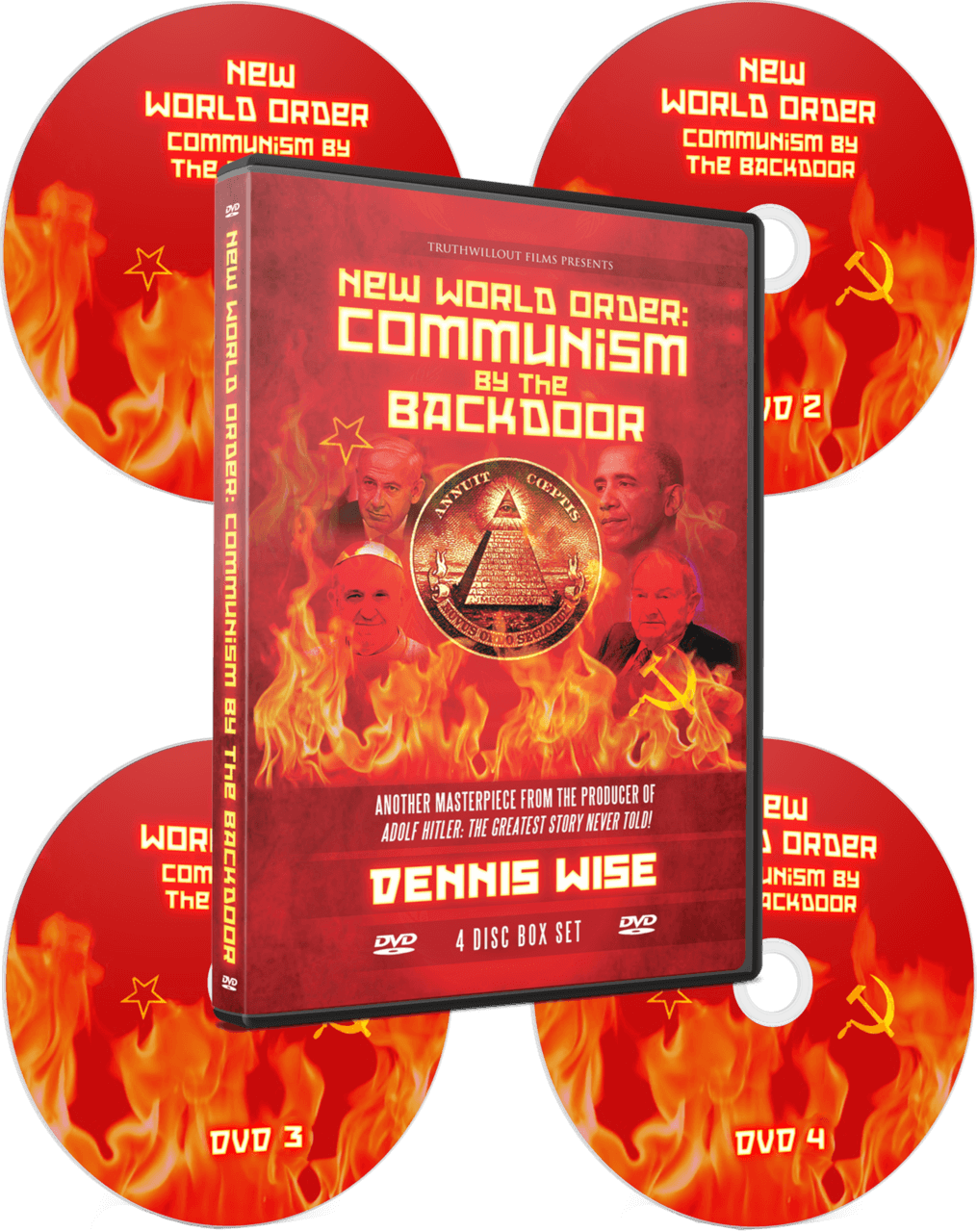 Communism by the Backdoor

New World Order: Communism by the Backdoor by Dennis Wise is another epic documentary which reveals compelling evidence of a diabolical, global conspiracy to enslave us all, and dares to reveal the identity of its Machiavellian architects.

From the ruins of World War II, the victors have slowly and covertly built the framework of a One World Government, just as was tried thousands of years ago in Babylon, Rome, and other forgotten empires.

This documentary will show you, step-by-step, how the United Nations, the European Union, and other institutions, including secret societies such as Freemasonry, have all played their part in pursuing their end goal:

New World Order: Communism by the Backdoor exposes a tangled web of lies and deceit, and shows how the false heroes who have spun it are nothing more than traitors.

The findings will shock you to the core, as the plan behind the New World Order is stripped away and exposed piece-by-piece.

Also included is the vital work of historians and patriots who have helped unravel this tangled spider’s web of deceit and devilry.

There has never been a documentary so devastating in its revelations, including how Britain and America are already ruled under communism, and how we are all paying tribute to Israel without even realizing it.

This is the sequel to the epic and groundbreaking Adolf Hitler: The Greatest Story Never Told!

Be prepared for yet another life changing experience!